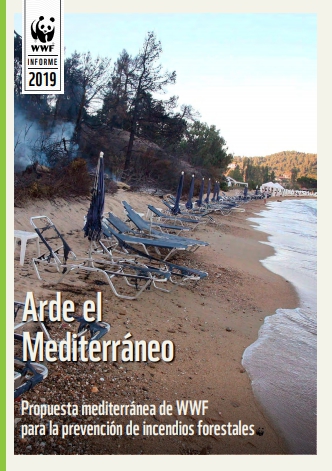 The Arde el Mediterráneo report by the environmental organization WWF analyses forest fires in Spain, France, Greece, Italy, Turkey and Portugal. According to this, in Portugal, Spain, France, Italy, Greece and Turkey more than 80% of the forest burns per year.

In 2017, 540,000 hectares of forest were burned in Portugal, 250% more than what is burned on average per year while in Spain about 180,000 hectares were burned, 70% more than what is usually burned in a year. But the fires did not only affect the territory, but also the human lives: in Portugal 119 people lost their lives and 4 in Spain. In fact, in the last two years Portugal, Spain and Greece have suffered serious super-fires causing the death of 225 people in total, hundreds of injured, thousands of evacuees and unqualifiable material and environmental damage.

Between 2009 and 2018, Spain suffered 12174 forest fires and Portugal 22693, which makes it necessary to implement forest- fire fighting models that reduce these amounts of fires and avoid the negative impact they cause on societies and their environment.

CILIFO launches, through the Finnova Foundation, an Accelerathon on prevention and...