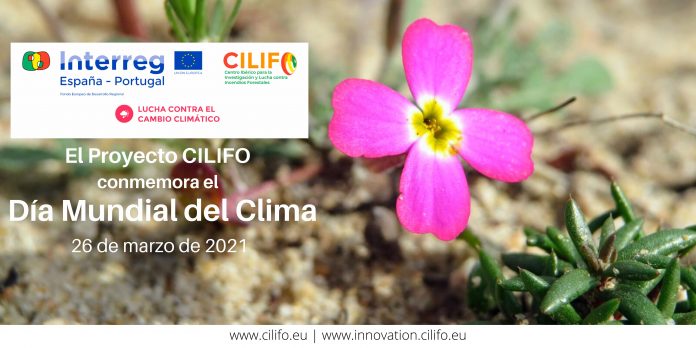 26.03.2021. The United Nations Framework Convention on Climate Change, celebrated in 1992, decided that every March 26th should be dedicated to raising awareness worldwide about the influence of climate, not only on the planet, but also on the lives of all living creatures that inhabit it.

The CILIFO Project develops its activities within the thematic Objective 5 of the Interreg VA Spain-Portugal Program (POCTEP), established to “promote adaptation to climate change in all sectors and, more particularly, to promote increased territorial resilience to natural risks cross-border”, so since its creation it has worked actively to improve climatic conditions. In addition to direct actions in the prevention of forest fires and the recovery of burnt spaces, the activities carried out within the Awareness Plan are also essential to achieve this expected resilience and ensure that the Alentejo-Algarve-Andalusia Euroregion rises to the consequences of the global warming.

The fight against climate change is a global goal and an example of this is the 2030 Agenda and its Sustainable Development Goals (SDGs), among which we must point out the number 13, which aims to achieve the adoption and implementation of urgent measures to combat the harmful effects of climate change. 2019 was the second warmest year since there was a record and ended the warmest decade in history, so it is a priority for society to put an end to this dramatic rise in temperatures before it is too late.