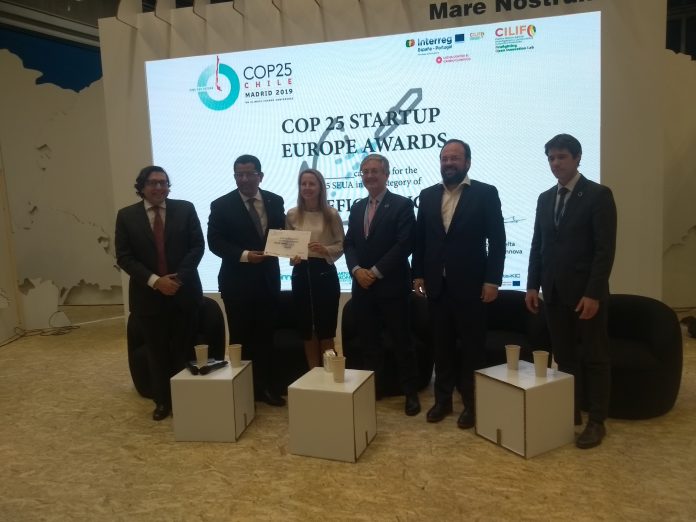 13.12.2019. The CILIFO project, financed by FEDER funds through the Interreg VA Spain-Portugal POCTEP Cross-border Cooperation Program (2014-2020) was presented past 11 of December in Madrid, in the United Nations Climate Change Conference as an example of good practice for climate change adaptation and mitigation. The presentation was carried out by the Andalusian Regional Government, Ministry of Agriculture, Livestock, Fisheries and Sustainable Development, and by the Finnova Foundation and the University of Évora, all beneficiaries of the project. 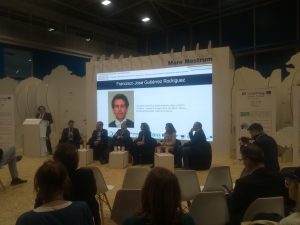 On the occasion of the United Nations Climate Change Conference and within the framework of the CILIFO project, Finnova Foundation organized in Madrid, on December 11, in the Mare Nostrum Space of IFEMA Exhibition Center, the presentation of the CILIFO project as an example of good practices to fight climate change. The presentation was carried out by the Junta de Andalucía, Ministry of Agriculture, Livestock, Fisheries and Sustainable Development, and by the Finnova Foundation and the University of Evora, all beneficiaries of the project. The event was structured in three round tables whose titles where: “Cooperation and Governance for innovation and prevention in fire-fighting and burned areas restoration”, “Public-private partnership for innovation in fire-fighting” and “Open innovation, StartUps and EU Funding”. Besides, upon completion, the StartUp Europe Awards in the Fire-fighting category were awarded.

Over the three round tables, the CILIFO project was present (Iberian Centre for Research and Forest Firefighting). CILIFO is a cross-border cooperation project Spain-Portugal whose main objective lies under the creation of a center to promote, train and cooperate in innovation in the field of prevention and forest fire-fighting. CILIFO has the highest budget in the field of fires (24,6 M€) financed by the Cross-border Cooperation Program INTERREG V-A Spain-Portugal (POCTEP) 2014-2020.

Francisco José Gutiérrez (Secretary General of Environment, Water and Climate Change of the Ministry of Agriculture, Livestock, Fisheries and Sustainable Development of the Andalusian Regional Government), Juan Manuel Revuelta (General Manager of FINNOVA Foundation) and Ana Luisa Lourido (Advanced Technician and Manager of the CILIFO project of the Universidade de Évora) emphasized the importance of research, cooperation and innovation in combating firefighting. All of them highlighted the importance of CILIFO as good practices and project example that pursues with their action’s mitigation and adaptation to climate change.

To conclude, the Startup Europe Awards in the Firefighting category were given to Drone Hopper, represented by its CEO Ana Pérez. Drone Hopper is dedicated to the design, manufacture and commercialization of large cargo drones, made for firefighting and environmental protection.